Aikido is a modern defensive Japanese martial art founded by Morihei Ueshiba, referred to by many as O’Sensei (Great Teacher). Its emphasis is placed on spherical movement to create dynamic and explosive techniques that render an attacker harmless.

Ueshiba's goal was to create an art that practitioners could use to defend themselves while also protecting their attacker from injury. 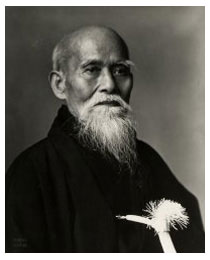 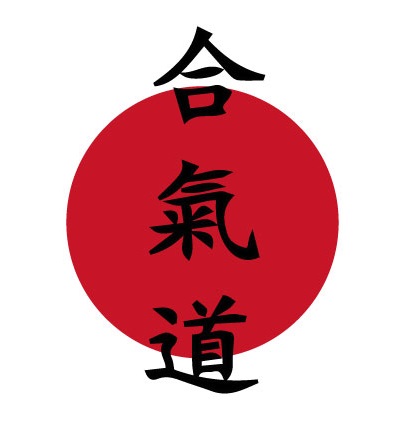 Aikido is often translated as "the way of unifying (with) life energy" or as "the way through spirit and harmony". It operates on the principle or tactic of blending with an attacker's movements for the purpose of controlling their actions with minimal effort.

The Aikido practitioner does not rely on muscle strength but concentrates the power of the whole body onto the weak point of an opponent, forcing him/her to cooperate using his/her own force and momentum. This attribute defines Aikido's effectiveness and beauty as a martial art.

Several approaches to Aikido have evolved over the years. Today Aikido is found all over the world in a number of styles, with broad ranges of interpretation and emphasis. However, the core essential principles of the martial art remain consistent.

Aikido is more than simply an efficient method of self-defense. In practice, there are various facets of Aikido - the power of focus and concentration of energy; the concept of blending and unified non-resistance; the awareness of self and others. Traditionally, Aikido is a form of Budo – a “martial way”.

Unlike other arts, Aikido technique can be applied at varying levels of severity, from the most gentle controlling techniques to the most severe countermeasures.

One question that people who practise Aikido are often asked is why they do it. Although many people think of Aikido as a martial art only for self-defence, it has a range of physical and mental benefits as well:

In everyday life, these are not the only advantages of Aikido, and different people will invariably find improvements in these areas and in other aspects of their lives. Reasons for studying Aikido as a martial art are innately unique and personal. Over continued training, people's motivation for study and training evolves, and practitioners find so much more than ever anticipated.

Find out about our classes